James “Jim” Casey is living the American dream. It all started in a small, patriotic town out East where his immigrant parents sought a better life. Jim made the most of each opportunity in front of him, climbing the corporate ladder for decades, moving 15 times in 20 years before settling into River Place after working for Fortune 50 companies.

Jim and his wife, Peggy, moved to Austin in 1993. They chose their lot in River Place, a newly developing community, because they loved the view with its sweeping overlook of the hills around Lake Austin. 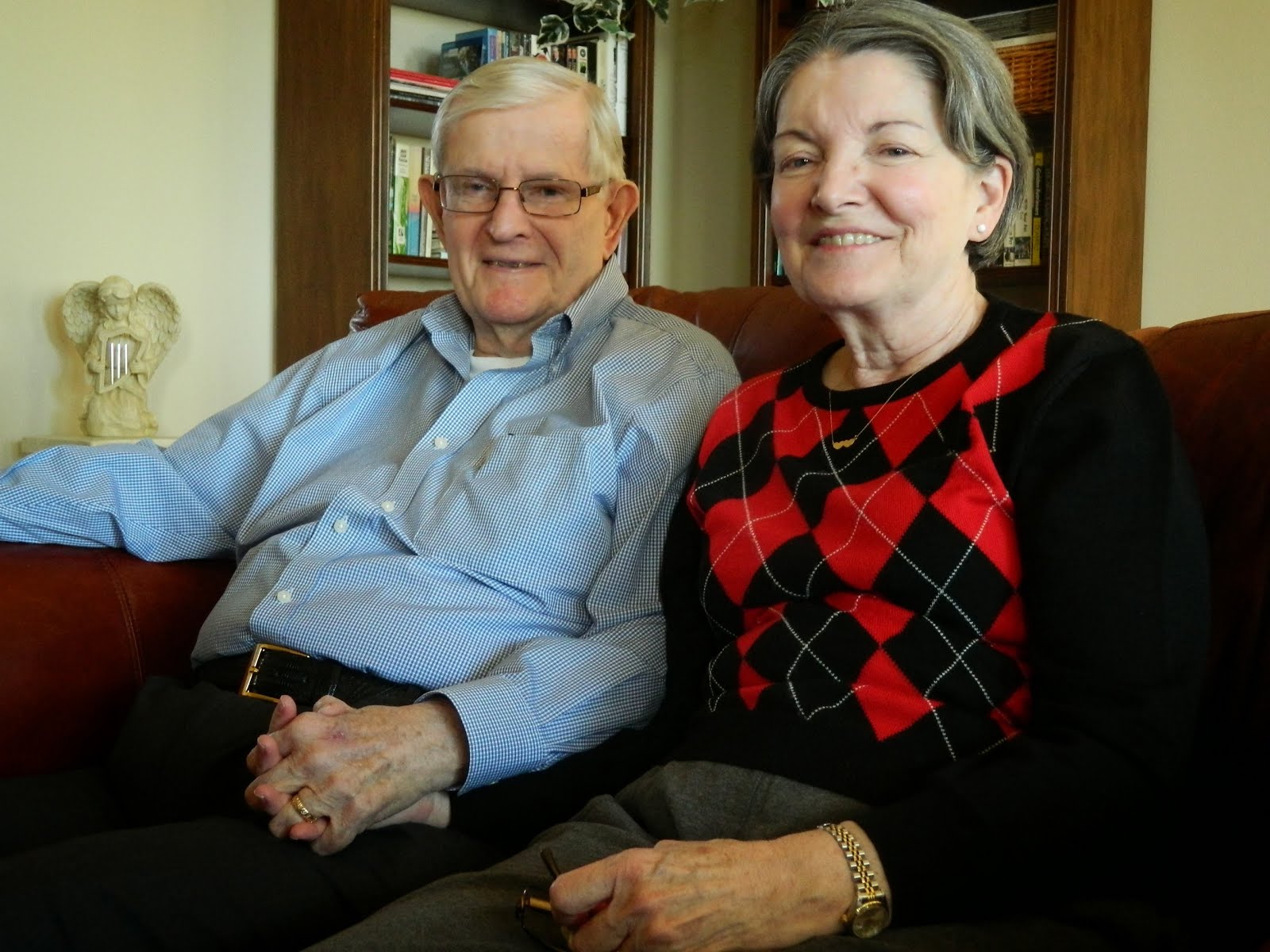 Jim and Peggy Casey met at the Boston Tennis club. It was love at first sight.

“In New England — I’m not sure if you ever went swimming — I one time foolishly ran right into the water. And my heart just went like this,” Peggy gestures with a lurch of her hands.

“And the only other time that ever happened was when I saw (Jim) across the other side of the tennis net.”

Jim was appointed by the board of the River Place Municipal Utility District in 1997 as their assistant treasurer and secretary, but within a month he was elected president by the board, a position he has subsequently held for 17 years.

There are over 1,000 MUDs in Texas, all overseen by the Texas Commission of Environmental Quality, but only less than 10 percent have been recognized as a Superior MUD like River Place.

It’s no surprise considering the long and varied career that Jim enjoyed prior to retiring in 1998.

Born in 1935 and raised in Lexington, Mass., home of the “shot heard ‘round the world” and the birthplace of American Liberty the U.S. Revolutionary War, Jim did not remain a small-town boy for long. The child of a Scotch-Gaelic mother and Irish father, Jim was a first generation American and the first in his family to go to college.

He is clearly proud of his roots and his immigrant past, though. “I’m a success story,” he said, emphasizing that he owes a great deal of his success to his parents struggles as well as his own hard work.

Jim put himself through school at Boston University, where he studied political science as well as dabbling in subjects such as botany, French and philosophy. After college, in 1958, he went directly into the army to take advantage of a special six-month reserve program. Unlike most soldiers, Jim loved basic training and considered it a great education.

He got his first corporate job in sales for the Dictaphone Corp., a company that — like many others for which Jim worked throughout his career — no longer exists. Jim then went to work for Xerox Corp., at the time a small, $150 million business. With exceptional people skills, Jim eventually transitioned from sales into management. Working for Xerox was a wonderful experience for Jim, who describes a culture of mutual respect and profitability, offering its employees such benefits as health care, life insurance, even trips for top producers and their spouses. Jim worked at Xerox for 16 years. When he left in 1979, Xerox revenues were $7 billion.

After Xerox he worked for a startup called Computer Vision, where in three years he helped to grow the company from $75 million to $500 million, then the now-defunct CTX International, then Hewlett-Packard.

He learned one of his most important lessons in business at Hewlett-Packard.

“(I learned) the importance of developing and selling pre-eminent products. In 1983, 80 percent of the products being sold had been introduced by the company in the prior three years,” Jim said.

Throughout his career he became a vice president of sales and marketing, director and senior consultant.

He credits good people skills as the key to his success, and the ability to think on his feet and come up with quick answers and solutions. Jim and Peggy Casey were married in 1977.
They moved 15 times in 20 years before settling in River Place.

In all, Jim and Peggy moved all over the country in their 15 relocations to Mass., N.J., Va., Colo.,  Calif. and Texas, including multiple moves within some states.

“He was in the right place at the right time so often,” explained Peggy.

Despite their love of the California climate, Jim and Peggy ultimately decided to retire elsewhere. They considered Florida, but since they don’t like bugs, humidity and thunderstorms, it was an obvious bad fit.

After choosing Austin, Jim worked as a consultant for five years before retiring to spend more time with Peggy.

Jim is a man with an active mind, though, and working for RP MUD, which pays the equivalent of “a good week’s salary” per year according to Jim, suits him just fine.

“(The) MUD has been a wonderful thing for me. Because it’s kept me active and every day I get emails and have to do things. I enjoy it very much,” he said.

When asked about his proudest accomplishment as president of the RP MUD, Jim had a ready answer. In 2003 the RP MUD was planning a new park for the community, Woodlands Park, built on 15 acres. The park would be expensive, though, with a total cost of $1.1 million.

The board approached Texas Parks and Wildlife with their plan, and ended up receiving half a million in funding. Steve Lowder, developer of Westminster Glen, was able to sell 50 more lots because the RP MUD increased the supply of water to Westminster Glen, and Lowder gave the MUD $500,000 for the park. The Lower Colorado River Authority provided the remaining $100K, which meant the park could be built at no cost to River Place residents. And Jim wanted everyone to know that the park remains open to everyone, not just River Place.

For the MUD’s success, Jim gives credit to the board and the myriad of talents they bring to the table. For example, the board’s secretary is a retired Air Force Colonel. Jim says they are “all kinds of people and they’re good people.”

Jim’s strong leadership and the MUD board have created one of the best run MUDs in the state, which will leave a lasting legacy in Four Points.