At the April 5 City of Austin Zoning and Platting Commission meeting, a moratorium was voted on and passed, halting the MileStone Community Builders project to build 68 homes at the end of Milky Way Drive in River Place.

“The ZAP commission decided they had enough information from our previous presentation to move the item to the consent agenda. The motion was passed 8-1 and will go to council for consideration for hearing/action,” said Jennifer Mushtaler, who serves on the Austin Planning Commission, appointed by Council Member Mackenzie Kelly for District 6. After redistricting, she will be assigned to District 10 Council Member Alison Alter.

There are two land commissions in Austin that regulate zoning: the Planning Commission and the Zoning and Platting Commission or ZAP.

“We are very thankful to the ZAP commissioners for understanding our concerns,” said Mushtaler, who is also the former president of both the River Place HOA and River Place Limited District.

River Place homeowners presented their issues and got support from ZAP at last week’s hearing on March 29. Sources tell Four Points News that the Commissioners were “not happy that MileStone changed the rules to serve themselves after years of debate and rulings that were made.”

Last week, Commissioners voted unanimously to put a moratorium on MileStone immediately. On Tuesday, the measure from the hearing was voted on and made official.

“Last week was a hearing but the item was not posted for action. Per Texas Open Meetings, an item has to be publicly posted for action,” Mushtaler explained.At the hearing, ZAP discussed possible options and decided to post for action.

“This week, they voted 8-1 in favor of a formal resolution. The resolution will require four council members to sponsor it for agenda. If it fails to garner four members, it will not go on the agenda,” she shared.

For more than six years, residents who live in the 25 homes on Milky Way Drive have voiced their concerns about proposed development at the end of their street but time has come for construction to begin at the 42 acres to make room for some 68 housing units.

Since early this year, the developer MileStone Community Builders has been prepping the site at the end of the cul-de-sac on Milky Way Drive with a construction office and its first roads.

But now the project is halted. 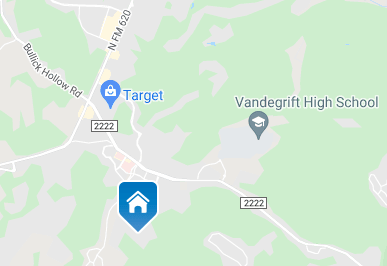 A group of residents who live near the River Place project have been working together to try to draw awareness of concerns about the MileStone project.

The concerns cited safety issues including added traffic which would affect children walking to nearby River Place Elementary. Concerns were cited about adding density to the community and how that impacts emergencies such as potential wildfire. The site is located in undeveloped land and River Place sits in an area that has high potential risk for wildfire, according to fire officials.

“As a commissioner for land use and River Place resident, I and fellow commissioners were very disturbed by what appears to be a breakdown in the public processes and possible breaches of restrictive covenants with interested entities,” Mushtaler said.

“About a month ago, I presented to ZAP requesting that they open a hearing on improper procedures regarding MileStone. ZAP debated but did decide to issue a staff request for information and set a hearing for last night (March 29),” she said.

Mushtaler has been working with several key groups with renewed vigor for several months now regarding this property and project including: residents of Milky Way Drive, Randall Jamieson and the River Place HOA, the CONA 2222 alliance, and the Lake Austin Collective.

Mushtaler shared that Commissioner James Shieh spent several hours going through the council transcripts and materials with her. She said he thought he was going to be explaining to her why things happened but instead he felt surprised and appalled at what he found.

“Clearly, so did ZAP. Commissioner Hank Smith left the dais before our hearing but we received a unanimous vote (on March 29) from the sitting commissioners to issue a moratorium on the site and to draft a resolution to council,” she said.

When council approved MileStone, it was with unprecedented thought and care to ensure certain requirements to make for a safe development. A few in staff and MileStone had been sequentially circumventing and unraveling those requirements, according to some River Place residents.

Mushtaler believes that both the River Place HOA and Leander ISD are further researching the matter.

“The LISD land use attorney had been contacted by the developer but this has not gone before the Board of Trustees and the planned emergency access requires the HOA approval as required by certain restrictive covenants the HOA has had in place on public record for almost twenty years,” she shared.

“I’m very pleased that ZAP shares our concerns, the matter will go before council and we still have work to do,” Mushtaler said.

The group of River Place residents anticipate that MileStone will be “fast requesting meetings with council members to plead a counter case,” she said.

“We would welcome an opportunity to meet with MileStone and discuss how they can better become a part of our community,” Mushtaler said.