Four Points News obtained the Travis County affidavit for warrant of arrest and detention for Nicholas Michael Justin Wyzykowski, who is charged with 19 felony charges including manslaughter for the deaths of Peggy Howard and her son Cale.

The affidavit includes many details including these facts: 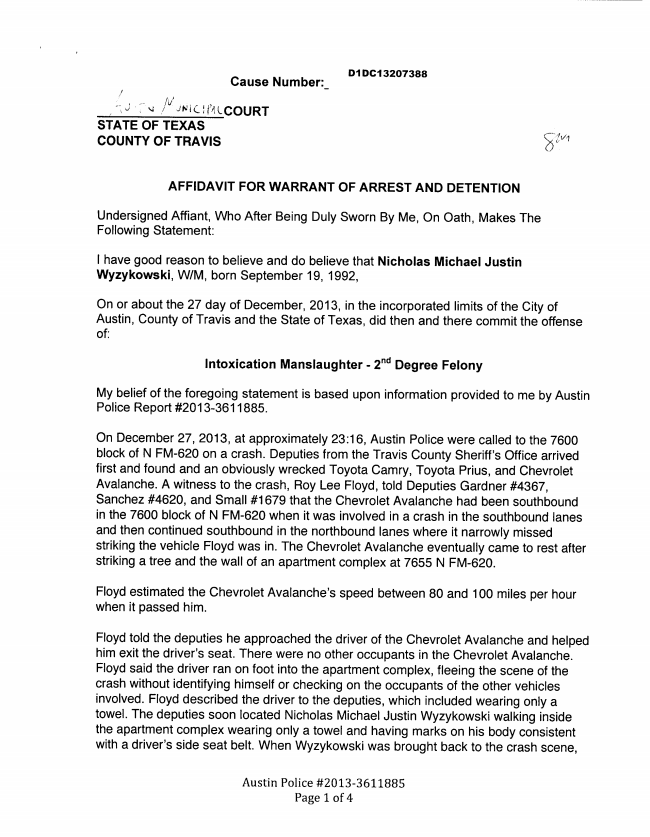 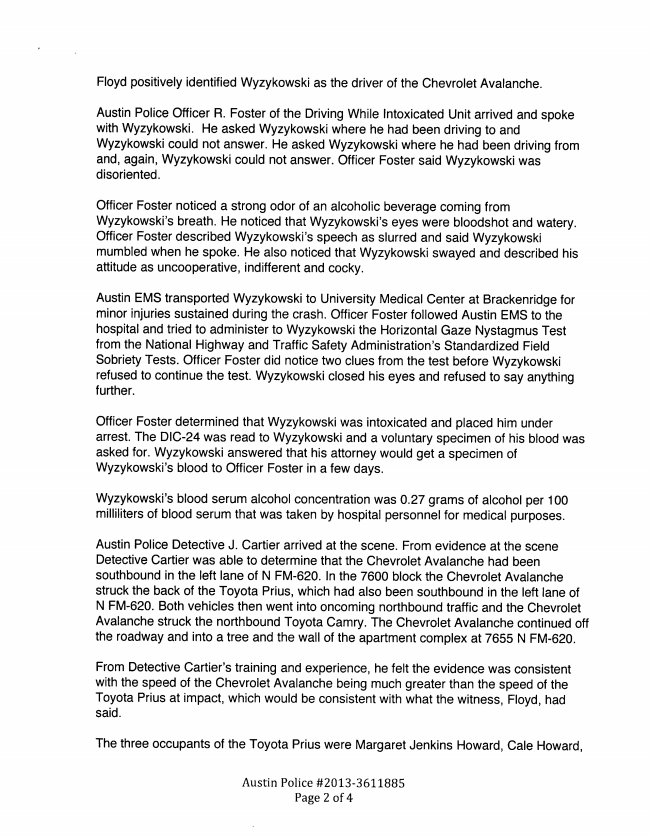 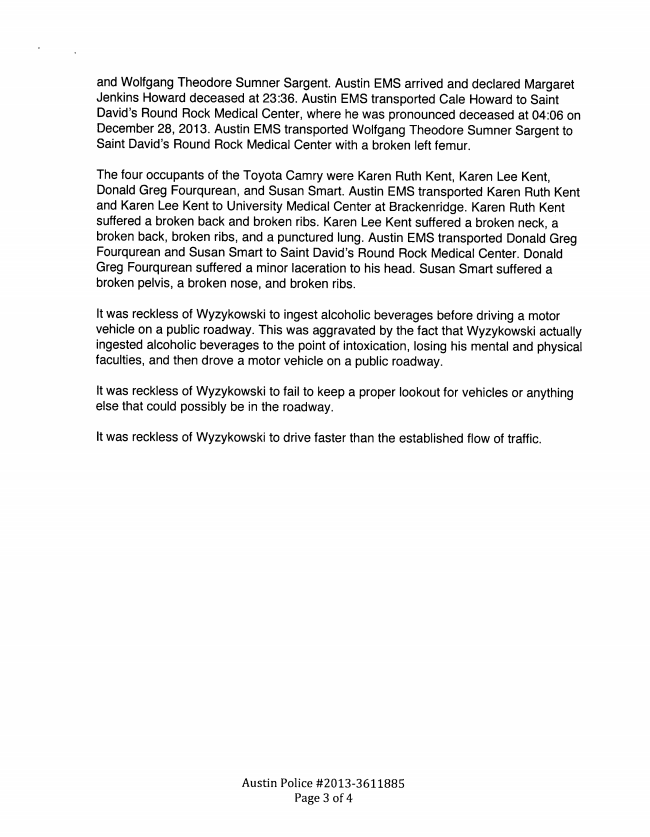 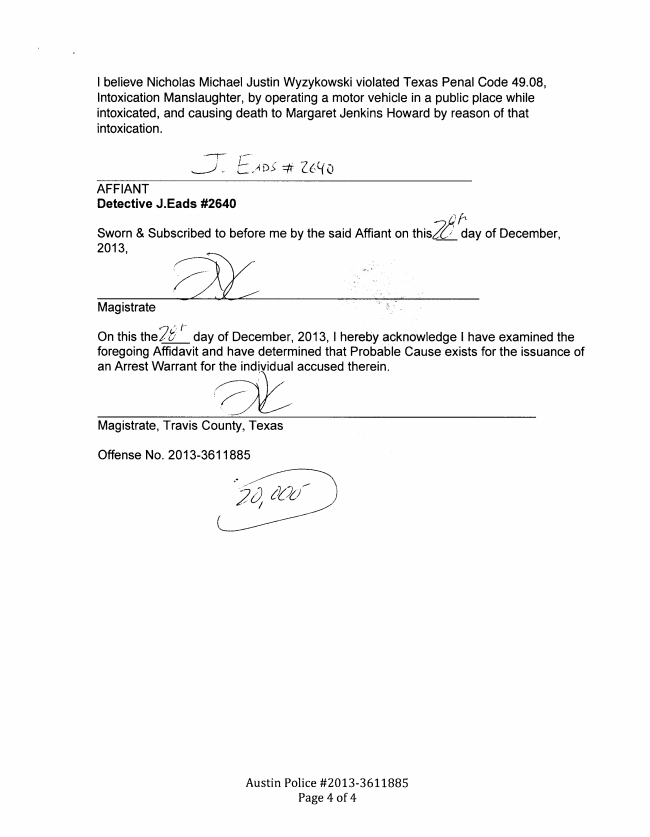