Pierce Your Heart, an event that is free and open to the public, will be hosted on Valentine’s Day Feb. 14 at the Medical Towers at Riverplace to benefit Four Points resident Pierce Broe. 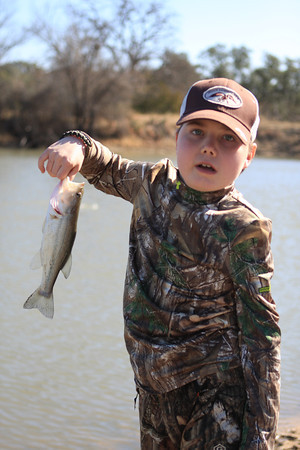 Pierce, an 11 year-old student at River Place Elementary, is in many ways an ordinary fifth grader–he has two brothers and one sister and loves fishing, lacrosse and his friends.

In June of 2013, Pierce spent a lot of time at home making the colorful woven paracord bracelets so popular with other kids his age. He kept having to ask his mom for help, though, because he couldn’t grip with the fingers on his left hand. His parents, Janel and Kevin Broe, were stumped but mostly unconcerned. Pierce is, after all, a boy’s boy and they assumed he had injured the arm in some act of daredevil athleticism.

Over the next couple of weeks, however, his left arm continued to weaken. Gradually Pierce’s stride also changed until, her son no longer able to walk without difficulty, Janel took him to see the family pediatrician. That was on a Friday afternoon. Within hours, tests had detected a tumor in Pierce’s brain and he was admitted to Dell Children’s Medical Center of Central Texas. By Sunday, Dell neurosurgeon Dr. Timothy George performed a biopsy.

The good news, if it could be described as such: the tumor appeared to be contained in his brain and had not metastasised. The bad news: its placement made it unlikely it could be removed surgically. Pierce would definitely need radiation and chemotherapy.

Janel and Kevin sprang into action. Their research led them to the MD Anderson Proton Radiation Treatment Center in Houston for proton radiation therapy–a more direct radiation therapy with fewer long-term ramifications for which Pierce appeared to be an ideal candidate. They also learned through their research that Texas Children’s Hospital, also in Houston, has one of the foremost oncology groups in the nation. Rather than depending on one hospital, the family was able to combine the best of the three facilities to build a formidable team in the fight for their son’s life.

Pierce has subsequently undergone both radiation and chemotherapy. He’s had setbacks, including a bout with hydrocephalus (spinal fluid accumulating in his brain).

There have also been successes. By October, Dr. George determined that he could surgically remove a major portion of the tumor. “It was a blessing. Apparently there are many other neurosurgeons we understand that would not have gone in and touched this because of the delicacy of the operation,” explained Janel. The surgery has meant increased mobility and strength and has allowed Pierce to get around without a wheelchair.

Through it all, Janel said, “Pierce, I have to say, has been stoic, rarely complains. You know, when most kids, I think, would have all these questions and just keep digging at it, he has decided to fight and has been so brave in facing every aspect of this. Which is amazing to me.”

Despite their struggles, the family is quick to count their many blessings: the Houston family that hosted Pierce and Janel for six weeks, having never before met them; the troop of Janel’s girlfriends who continue to coordinate the family’s needs and care when Janel and Kevin need to focus their energy elsewhere; but especially their four children, for whom Janel and Kevin have tried to maintain as normal and existence as possible, including chores for all of them.

It has also meant seeing a side of her son Janel had only glimpsed before. “I don’t know what it is about Pierce. He has always been different that all my others. He just sees things so differently.” She marvels that Pierce is “a boy of few words, more actions. Braver than any boy I’ve ever met.”

There are moments, though, when even the fiercest warrior is bowed by the magnitude of his battle. Near the exit of the treatment center at MD Anderson where Pierce received an exhausting round of proton radiation therapy, there is a gong for patients to ring when, at last, they have completed their current course of treatment. Pierce, too, rang the gong before leaving. And then Pierce, the brave boy who loves sports and hunting and who never complains, bent at the waist and wept.

Then as now, his family and friends were there to comfort him. Though Pierce must continue to fight an enemy he can neither see nor touch, he must never do so alone. His family, Janel’s girlfriends, their medical team, prayer groups, strangers from Four Points and around the world–all continue to fight with and for Pierce, in the hope he may someday live without cancer.

As one of Janel’s girlfriends explained, “It’s a God thing, that people will come together the way they do.”

Pierce continues to receive chemo and to patiently face whatever cancer hands him. “We look at each day as a gift and each good day as a special gift,” said Janel, who no longer makes spring break or summer plans but instead lives in the moment, day-to-day. And though none of the donors asked, proceeds from the items auctioned at the Pierce Your Heart event will be used for whatever daily needs or wants arise for Pierce and his family. For his part, Pierce wants to go frogging with the Duck Dynasty clan.

Countless items will be available for bidding ranging in value from $25 to thousands of dollars to priceless. (See sidebar.) The event will begin with an open house for the Medical Towers from 5 to 6 p.m. The silent auction is from 6 to 9 p.m. Drinks and hors d’oeuvres will be served and attendees are asked to wear cocktail attire. For more information, visit www.broeevent.com. 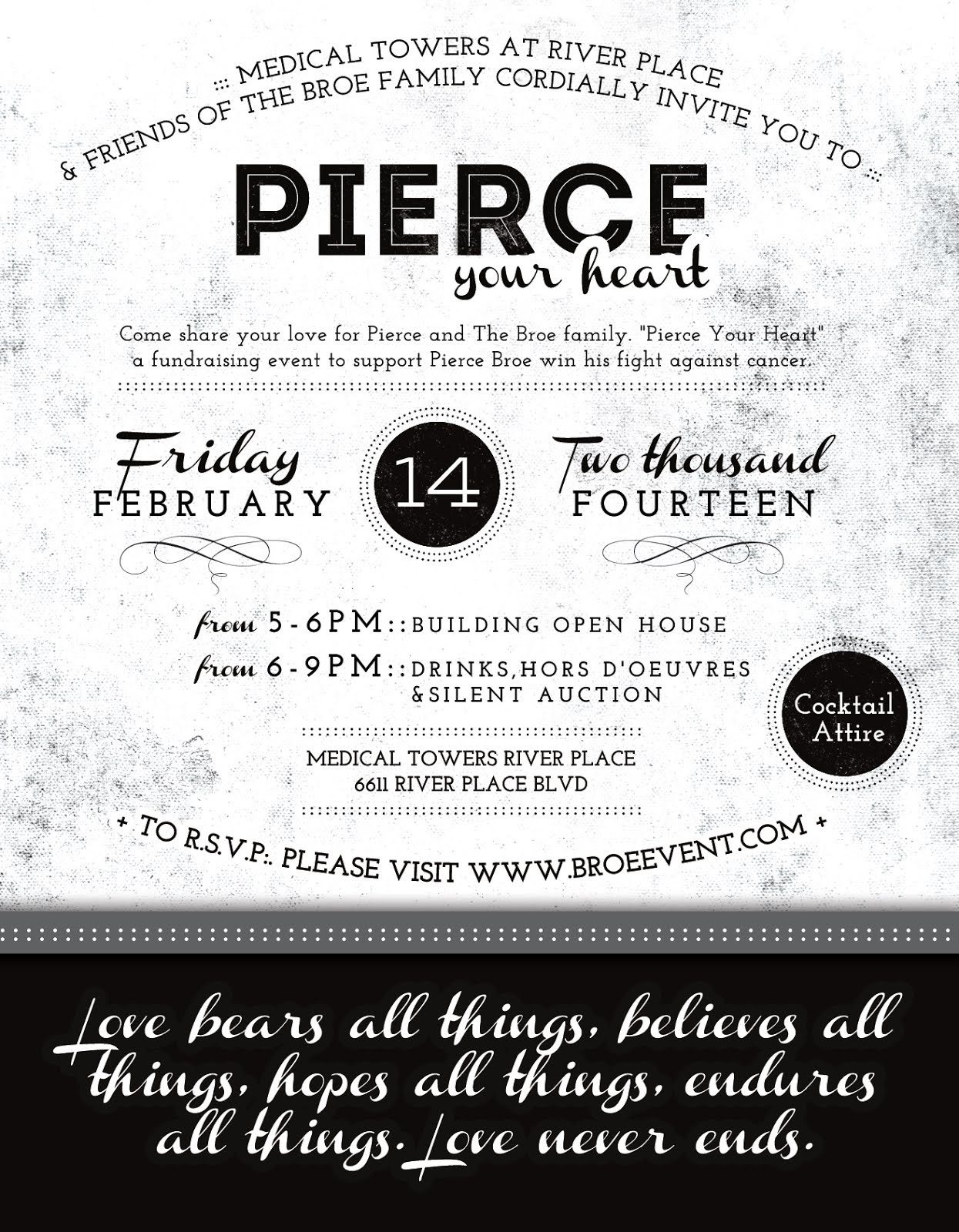