A community grassroots effort “Stop Indoctrinating our Children K-12” called for a S.I.C.K. skip day last week on April 28 encouraging Leander ISD students not to attend class. To make a statement and draw awareness, the group wanted to affect LISD financially as student attendance is directly tied to funding from the state.

There were LISD students who did not attend classes last Wednesday but by press time, the district had not yet tallied the absences.

In response to the S.I.C.K. initiative, LISD stated on April 28, “We continue to work with our community on evaluating curriculum and preparing our students to live in a diverse world.”

Parents involved in S.I.C.K. have been raising awareness for the past nine months, and asking LISD for changes.

Initially the core of their concerns were various book selections that LISD reviewed, adopted and rolled out in August. District staff admitted missteps and by March, LISD announced it had removed six books, and stopped each Student Book Club unit until it completed the review of all 15 books in the unit.

But the Stop Indoctrinating our Children K-12 initiative wants more from LISD. Parents in the group say they “lack trust in district leaders to fulfill their commitment to provide a quality education to their students.”

According to the press release shared by S.I.C.K., LISD adopted new English Language Arts literature for middle and high school students using nearly $500,000 of taxpayer funds in the spring of 2020.

“In addition, units of study were created by the district to push one-sided ideology and political agendas with explicit content into the classroom,” S.I.C.K. stated. “Much of the newly adopted reading material is written way below grade level, and contain graphic violence, rape, sex, pedophilia, minors abusing drugs and alcohol, foul language, and negative stereotypes.”

At the April 8 LISD school board meeting, “teachers publicly testified that the district curriculum director instructed teachers to not personally read the books before passing them out to students,” S.I.C.K. stated. In cases, some of those books are still on classroom shelves and available through the student digital library.

In response, LISD stated that its book evaluation continues.

“The LISD staff will continue evaluating the book club titles through its Community Curriculum Advisory Committee while encouraging independent reading by offering choices encompassing a variety of topics, voices and cultures,” LISD stated.

“We look forward to refining our process to ensure these goals are met while respecting the concerns of those in our community,” LISD stated.

Although LISD has acted to re-evaluate the high school English Language Arts Book Clubs, S.I.C.K. says there is more work to be done.

“The district has not removed curriculum directors, who have proved themselves as repeat offenders,” the group states. “In addition, there are self-proclaimed activist teachers fighting against parents to keep these sexually explicit and harmful books in children’s hands.”

● We expect a teacher code of ethics and professional responsibility, and enforcement of this policy,

This is the partial transcription of an anonymous letter by a Leander ISD teacher read aloud at the LISD  Board of Trustees meeting on April 8:

Dear LISD School Board Members, I am a high school English teacher in this district, and I am writing to express my deep concern about the new curriculum that has been forced upon us by LISD.

My first concern is the books. While many of them are frankly pornographic and should be removed (which, by the way, they haven’t been, they are still sitting in my classroom) the larger problem is the literary quality of the books themselves.

The Book Club books are written at 7th grade level at best and have no literary value. They are poorly written and do not lend themselves to teaching critical thinking, style, or universal themes as well, I cannot see most of these books appealing to my students.

These books were supposed to be fun, engaging literature. This was of course hijacked by our curriculum directors who turned this goal into a progressive indoctrination process with books like “How I Protest”, a third-grade level picture book sitting in my classroom library.

We had no input in the selection process.

My second concern is the curriculum itself. It has an aggressive progressive agenda. While our units of study used to be divided into titles such as “The Essay Writing Process” and “Writing the Research Paper”, they are now “Identity, Community and Activism”.

We used to be skills based; but now we are ideology based.

My biggest concern with the curriculum is its focus on equity, which means that content is dumbed down enough so that the lowest student at the lowest level high school in the district can be successful. On-level kids will not be reading classics because our curriculum director has told us at staff development meetings that reading from the canon is contributing to white male, rape culture.

My final concern is how this curriculum and the reorganization of the district to top-down control is ruining ELA education. Five years ago, teachers in this district were trusted. Now curriculum has been created for the entire district, which is not just units of study, but actual lesson plans with assignments we are required to follow. Refusing to comply could very well now mean losing our jobs.

Many teachers that I have talked to are planning to leave in the next few years specifically because of this curriculum. We will be losing some of our best teachers over this. 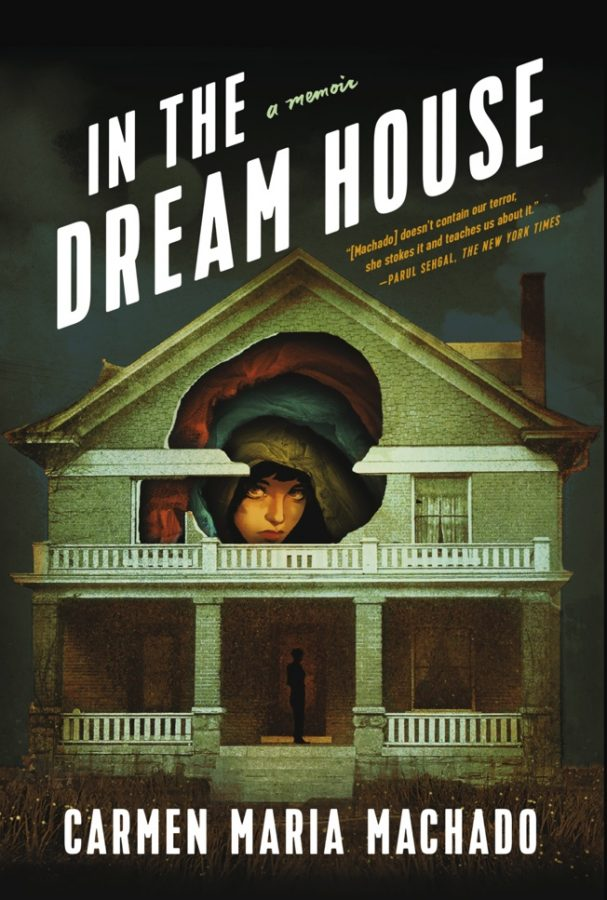 Author of “In the Dream House”

speaks out on LISD’s censorship

Several authors including Carmen Maria Machado of “In the Dream House” recently wrote a letter to Leander ISD urging the district to revoke the bans and suspensions of their books.

Other authors who signed the letter include Margaret Atwood (“The Handmaid’s Tale”), Mariko Tamaki (“Laura Dean Keeps Breaking Up With Me”), Elizabeth Acevedo (“The Poet X”), Jacqueline Woodson (“Red at the Bone”) and Erika L. Sánchez (“I Am Not Your Perfect Mexican Daughter”).

Several of these books have either been removed from district reading lists or are currently being reviewed after months of parent debate about their appropriateness.

“People talk about censorship and they’re like ‘Oh yeah, that used to happen,’ but it still happens,” Machado said.

“In the Dream House” is a book that is part memoir, part history. It highlights a time in Machado’s life when she was getting into and getting out of an unhealthy, abusive relationship with another woman. The fact that the relationship was queer is heavily discussed and elaborated on in the book.

Machado said that one of the main themes in the book is what it means to be in an abusive relationship that is also a queer relationship, alongside the history surrounding domestic violence in the queer community and the way people have talked about violence in the past and present.

The main complaints from parents directed at the book were claimed to be because the book involves sexually explicit content, which it does. But it also explores healthy vs. unhealthy relationships.

“Ideally, we teach kids sex ed, but we don’t teach them relationship ed,” Machado said. “We don’t talk about what an unhealthy relationship looks like, what’s normal. We don’t give people that framework and we definitely don’t give it to gay kids.”

Concepts of how queerness is talked about and how people talk about gender in an abusive relationship, are themes that can be educational and relatable to students reading about them, Machado said.

Besides sexual content, other topics like queer representation, the legal history of lesbian domestic abuse, marriage equality and themes of identity, memory and truth are present within the book and have been scarcely mentioned in the complaints.

While some parents are in support of the complete removal of these books from school curriculum, others parents argue that they have the right to choose what their children do or do not read and these books should not be banned across the district.

Machado along with other authors facing their books being removed, believe that the reasons behind it go beyond sexually explicit scenes.

“I think that it’s significant that so many books that have been caught in this net of censorship are queer books, are LGBTQ books, and that’s not an accident,” Machado said. “I feel like they’re trying to frame it as sexual. It’s inappropriate, but it’s gay and that’s why you don’t like it. I kinda just wish they would say that. It’s deeply homophobic.”

Though parents have the ultimate right to choose what they want their children to read, Machado emphasizes the importance that parents shouldn’t be able to make that choice for other parents’ children.