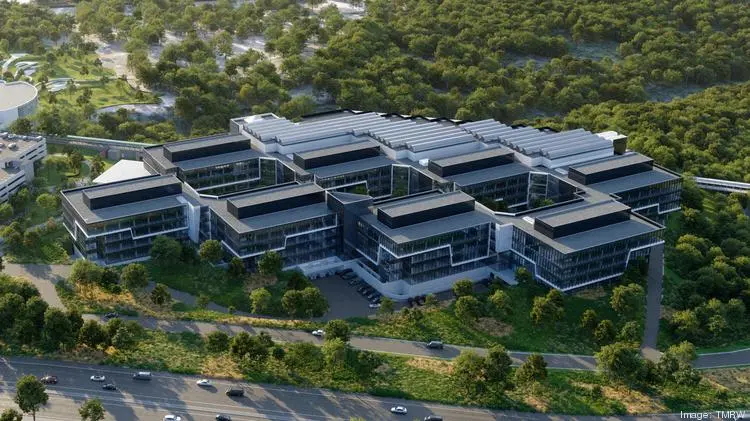 An aerial rendering of Karlin Real Estate’s Highpoint at 2222.

Weeks after Karlin unveiled ideas for its multi-phase site plan in September,

and around Four Points.

“People want things that help with traffic and want places to see their kids play,”

developed the questionnaire with Linda Bailey, president of Lake Austin

Collective, as well as other leaders in the Four Points community.

Summarizing the survey results, Kulick found: People are most concerned about

traffic, and the potential for insufficient infrastructure and rezoning to exacerbate

traffic. Also, there is a desire for a through-road particularly for school commuters,

play and have it be larger than Karlin’s initial park proposition.

Coalition of Neighborhood Associations, Lake Austin Collective, and again to

polishing. Then it was circulated through public channels and received 915

All Four Points communities responded and the larger the community, the more

responses. For example, Steiner Ranch is the largest Four Points community with

over 4,000 homes and almost 200 people from Steiner responded.

responses to the size  of the community,” Kulick said.

used objective language that fairly represents both potential demands and the

“Traffic (ranked #1) nearly 43% of the time, much higher than the other options,”

Kulick said. “Traffic is by far the foremost concern for respondents.”

Changing zoning from single-owner Research & Development to multi-use had the 2nd highest ranking and insufficient infrastructure the 3rd.

“To add a little nuance to the rankings, (the results) likely also imply concerns for

safety, where more traffic could translate to more accidents. In particular, the

Middle School), and so a lot of inexperienced drivers would be impacted by a

traffic increase, potentially having a compounding effect on traffic and accidents,”

He added that traffic increases also carry negative environmental impacts, such as

connect the schools to River Place Boulevard, and traffic mitigation, which go

hand in hand in practice.

“A through-road to alleviate some of the traffic on 2222 was important,” Kulick

said. “A through-road is an application of traffic mitigation.”

larger than 9 acres that also includes areas for play and activities, Kulick shared.

Respondents are supportive of office and retail, with a secondary preference for a

“There is not a resistance to building, there’s concern that it will impact traffic

how it will impact the community, with only a handful of people on the extreme

(end) of not having anything built,” Kulick shared

The number of highest survey responders came from the following neighborhoods:

The Preserve at Four Points